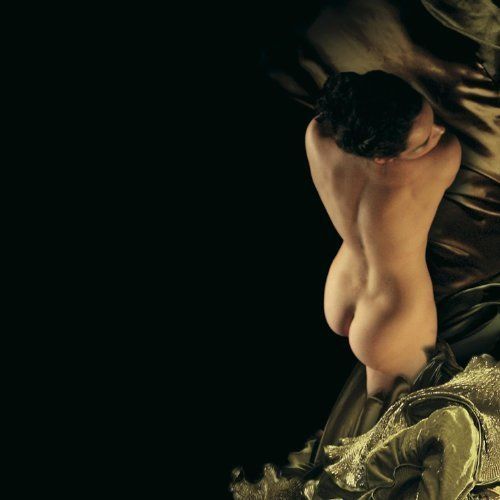 The myth that is Zoviet France, colored by obscurantist motifs and ritualistic motives, was far from automotive. Sonic provocateurs who hovered easily between pastiche and propaganda, challenging themselves and audiences, the collective,s ever-changing personnel often brought radical shifts in compositional approach, as evidenced by their wildly metamorphic recordings.

Reeled in, the story of Zoviet France winds tightly, liberally peppered with the august and the vulgar: 30 years of releases have constantly featured highbrow concepts meeting lo-fi techniques, dogged anonymity, and a uniquely spacious style of music. The collective(through numerous configurations and lineups spanning the decades) have quietly become a touchstone for those seeking tangible links to any forbears inhabiting the oft-barren ,80s, with none of the fussy teleology too often used to tie current musical forms exclusively back to early-electronics academia. Displaying a consistent propensity towards misinformation and a japester,s administration of biographical propaganda makes most of their comments suspect, their history tangled and opaque, their studio constructs perplexing yet often dazzling. In an arena where music is as quantified and compartimentalized as the claustrophobic computer boxes it,s created in, Zoviet France has maintained a refreshingly populist approach despite an ineradicable intellectual sheen. Their use of tape manipulation and continuing penchants for collaboration and ritual went places few could reach or embellish.

As the first blush of punk faded in the late 1970,s the UK was deep in Thatcherism, labor strikes, and a pronounced nationalism. Musically, most artists were as disenchanted as the average worker and even more unemployable; available outlets for creative dissent were few, frustrations were many.
All Zoviet France,s recordings reflect a unique aesthetic heavily imbibed with pure improvisations. Ambiguity then combined with deliberate misdirection and became the group,s calling card They say: ,,We feel our music works best when the inner workings remain out of sight. We intentionally invest it with a degree of esotericism that assists in making contact with listeners directed level of consciousness. It,s the outcome that,s important rather than the path.,,
As trio recording its first albums, Zoviet France found itself in the noisy cut-and-paste no-wave movement of New York City(which opened the door towards ambitious artsy musical affairs), a milieu that affected them even more strongly than admired post-punkers Joy Division.

Beyond the smiting from early ,80s post-industrialism, the subliminal impressions brought about from long sessions listening to their avid record collections of strange music. The band,s intake ramped up; Krautrock progenitors Can and composer Karlheinz Stockhausen were also sources of ideas and inspirations.
With a variety of recording techniques, the group shaded and smudged sound sources for a surprisingly cohesive vision. Songs were composed in real time, often with a raw presentation, similar perhaps to John Cage,s hands-off performances. Then there are the parallels between Zoviet France and avant-garde cinema, particularly German cinema: both reclaim sources rich in subtext. As sound is broken down in pure components, a tantalizing trail remains for the hungry listener; though abruptly presented, instead of shock value it aims for deeper meaning. Antonin Artaud wrote in 1927 that abstract film, unconstrained by verbal narrative, should be ,,shock designed for the eyes, a shock founded, so to speak, on the very substance of the gaze.,,