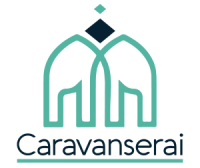 The paper deals with the issue of the construction of knowledge in anthropology, discussing the topic on the bases of the analyses of Japanese culture provided in “Chrysanthemum and Sword”. This peace of work, conducted at the end of the Second World War, completed just before bombing of Hiroshima and Nagasaki, had been ordered by The Office of War Information, USA (OWI) and had to be finished in very short time. Since the end of the War,

“Chrysanthemum and Sword” has been read far more in Japan then in USA, where it has been well known only among anthropologists and not as Ruth Bewnedict’s main peace of work. This book raised many controversies about imperialism and political construction of anthropology, despite the fact that “Chrysanthmenun and Sword” appeared for the first time far before the introduction of the notion of orientalism and far before proliferation of the literature relating to postcolonial studies. It also initiated very interesting and specific discussions on national character, shaping the issue in a bit different direction if compared to the European tradition.

From the perspective of methodology, critique of the applicability of the cultural patterns initiated revisions of the complete work of Ruth Benedict, resulting in descovering new and forgotten elements in her approach. This in turn gave rise to new modeling of anthropological knowledge – thru interpreting cultural patterns in categories of “knowledge in action”, or in the categories of intercultural knowledge building, moving it from the domain of the essentialist approaches.