Dancing is an ancient form of magic. The dancer becomes amplified into a being endowed with supra-normal powers. His personality is transformed. Like yoga, the dance induces trance, ecstasy, the experience of the divine, the realization of one’s own secret nature, and, finally, mergence into the divine essence. In India consequently the dance has flourished side by side with the terrific austerities of the meditation grove-fasting, breathing exercises, absolute introversion. To work magic, to put enchantments upon others, one has first to put enchantments on oneself. And this is effected as well by the dance as by prayer, fasting and meditation. Shiva, therefore, the arch-yogi of the gods, is necessarily also the master of the dance. 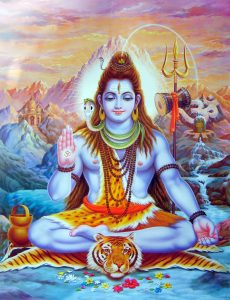 Pantomimic dance is intended to transmute the dancer into whatever demon, god, or earthly existence he impersonates. The war dance, for example, converts the men who execute it into warriors; it arouses their warlike virtues and turns them into fearless heroes. And the hunting-party dance-pantomime, which magically anticipates and assures the successes of the hunting party, makes of the participants unerring huntsmen. To summon from dormancy the nature-powers attendant upon fruitfulness, dancers mimic the gods of vegetation, sexuality, and rain.

The dance is an act of creation. It brings about new situation and summons into the dancer a new and higher personality. It has a cosmogonic function, in that it arouses dormant energies which then may shape the world. On a universal scale, Shiva is the Cosmic Dancer; in his ‘’Dancing Manifestation’’ he embodies in himself and simultaneously gives manifestation to Eternal Energy. The forces gathered and projected in his frantic, ever-enduring gyration, are the powers of the evolution, maintenance, and dissolution of the world. Nature and all its creatures are the effects of his eternal dance.

Siva’s upper right hand carries a little drum, shaped like an hour-glass, for the beating of the rhythm. This connotes Sound, the vehicle of speech, the conveyer of revelation, tradition, incantation, magic, and divine truth. Furthermore, Sound is associated in India with Ether, the first of the five elements. Ether is the primary and most subtly pervasive manifestation of the divine Substance. The opposite hand, the upper left, with a half-moon posture of the fingers, bears on its palm a tongue of flame. Fire is the element of the destruction of the world. At the close of the Kali Yuga, Fire will annihilate the body of creation, to be itself then quenched by the ocean of the void. In the balance of the hands is illustrated a counterpoise of creation and destruction in the play of the cosmic dance. As a ruthlessness of opposites, the Transcendental shows through the mask of the enigmatic Master: ceaselessness of production against an insatiate appetite of extermination, Sound against Flame. And the field of the terrible interplay is the Dancing Ground of the Universe, brilliant and horrific with the dance of the god.