This “page” is devoted to the character and nature of Sound. Its primary purpose is to overcome the false delusions about Sound which have become spread via scientific sources, and the misinformation, or rather misconceptions, which they have disseminated, and to overcome what is perhaps worst of all: the scientific ATTITUDE towards Sound, a miracle which most scientists of today refuse to acknowledge.
Through studying Sound, we can further develop our own spiritual Self-awareness. There is so much reality we are losing when we listen to the scientists – we effectively shut off our common sense, and do not think things through any more i.e. we just swallow what they write in the magazines and text-books for children …  swallowing without thinking. More thoughts on this will be included …

“THINGS” will also relate to the philosophical notions around these themes.

Science CAN tell us a few things about Sound: that Sound is created by a vibrating object, (although, this “fact” totally loses all sense when one begins to swim in the Sea of Xenon, i.e. when one starts referring to Xenon’s Principles (the Hare and the Tortoise, and the Arrow Which Can Not Fly ….) because, THERE, in this swirling micro-world, EVERYTHING is vibrating …..

Science can measure, roughly, such day-to-day trivialities as the speed of sounds, or measure the “strength” of the sounds .

But that is all … and nothing more.

What does this tell you about Sound ?

It tells you that we know NOTHING about Sound, and are meant only to enjoy it …

Therefore, Sound, although it CREATES waves, is, itself, not a wave. 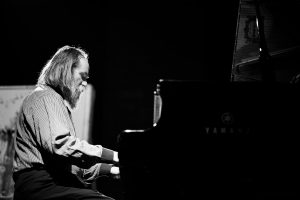 Firstly, it is most important to tell you that Cd-s are an extremely fragile sound medium: Not only do they risk being devastated by simple molecular action over a relatively brief period of time, and not only do they readily succumb to sunlight, the slightest scratch in the wrong place can render a CD totally useless and unlistenable.
Therefore, it is strongly recommended that you make yourself a back-up copy, either on cassette or other tape medium, as these tend to last for about 15 times longer than Cd-s do!
Now : about Digital Sound:
Although the digital process – at LOW frequencies – gives a fairly acceptable image of the recorded sound, as one climbs the frequency “ladder”, digital sound progressively becomes more and more false, to the point that at the beautiful HIGH-end range of sound (and it is these high-end frequencies that give instrumental recordings their vibrancy and “lustre”) eg. 16,000- 20,000 Hertz, that the digital process captures ONLY 0.05% of the sound.!!!

An analogy would be thus: imagine that you are speaking, and that your little “speech”, eg. “We do not understand anything about Sound at all, because we do not listen to the ancient voices from long ago”. This entire speech, which takes about 5 seconds to say, can be said to represent, for example, about 1/100 th part of a single second of a piano string while vibrating.

It took the same time as the true Hi.Fi sound, but the ear almost vomits at the regurgitating false-hoods in this ridiculous and un-acceptable “sentence”. What fools you into accepting this sentence is because UNDERNEATH it is a LOUDER and more accurate rendition of the LOWER frequencies – but the beautiful overtones, so very necessary for the appreciation of real sound and real instruments, are horribly falsified and literally murdered – the beautiful overtones that said so much in just 1/100 th of a second – and say so little in their digital dispersion!